Gulf Oil Spill: Music to Help Aid Marine Life and the People of the Gulf

Although the well is capped and the cleanup seems to be progressing, we will not know the oil spill's long term impact on the fragile, stressed eco-stystem and the people in the Gulf region--perhaps for years to come. There are still one million barrels of oil out there, along with serious concern about the effects of the dispersants on fish larvae and eggs, marine mammals, the fishing industry, and the unknown risks from human exposure.

While the answers will be long in coming, we need to continue helping support those who are working tirelessly--each and every day--to save, revive and protect the environment, wildlife, and support the families that live and work in the Gulf-many of whom have lost their livelihoods.

Music has a special way of speaking to a moment and helping to make a difference.

In response, I am giving out two FREE downloads here, of beautiful, beloved pieces of music, which I have recorded--to send out a message of care and support to two organizations on the forefront: The Louisiana Marine Mammal and Sea Turtle Rescue Program and Second Harvest Food Bank of Greater New Orleans and Acadiana.

The free music tracks, information about, and links to these organizations, are below. Feel free to listen and download. Please consider making a donation to support those working to heal and revive the Gulf. We can make a difference. Thank you very much!
Laura

Aquarium from Carnival of the Animals by Camille Saint-Saens 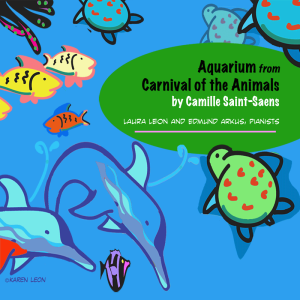 The Louisiana Marine Mammal and Sea Turtle Rescue Program, coordinated by the Audubon Aquarium of the Americas, is the primary responder for the rescue, rehabilitation and release of all marine mammals along the Louisiana coast. These include dolphins, whales, manatees and sea turtles--lucky enough to be found. There is still much work to be done to secure their well-being, safety, and legacy.

I am dedicating Aquarium from Camille Saint-Saens' beloved Carnival of the Animals to the LMMSTRP, and the Gulf waters itself. Originally composed to connect the composer's friends to animal personalities, Aquarium is breathtakingly beautiful and fluid, capturing the seamless movement of life in the water, as it should be. For information and to donate, please go to www.auduboninstitute.org

BEHIND THE MUSIC: Joining me in Lucien Garban's 4-hand arrangement is pianist Edmund Arkus. He has performed in the US, Europe and Japan, with members of the Berlin Philharmonic, Orchestre de Paris, Tokyo's NHK Orchestra, and collaborates frequently with BSO Assistant Principal oboist Keisuko Wakao. We made this informal recording on January 4, 2001 at Cove City Sound Studios with the late recording engineer Brian Harding.

ABOUT THE ARTWORK: The CD artwork was created by my sister, Karen Leon, a nationally recognized cartoonist/illustrator, and photographer. She designed KFC's animated Col Sanders. Her military comic strip, Private King & Company, appears in the 2007 HBO edited DVD Thank You for Serving. It has been distributed to troops overseas, including Iraq and Afghanistan, all U.S. bases and military hospitals. Her new cartoon strip, Sgt. Maximus and Company (Sgtmaximusandcompany.com), positively reflects on those who serve, featuring humorous exploration of today's military. 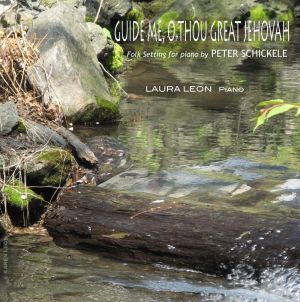