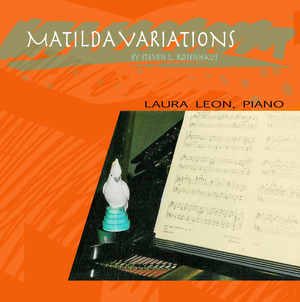 Exciting Radio News from Down Under!

The Australian Broadcast Corporation's Classical Music Radio Station, Classic FM, has put Matilda Variations onto its playlist. Steven Rosenhaus' clever and beautiful one-of-a-kind piano work based on Australia's beloved Waltzing Matilda, has been broadcast and heard across the continent, from Sydney and Melbourne, to Fremantle in the state of Western Australia--and towns and cities in between.

Having commissioned the work in tribute to Australia for a concert I was invited to give at the Australian Consulate-General here in New York, it is very special to have it heard coast to coast there, by Australians--to whom Waltzing Matilda belongs.