Stephen Schwartz's PIPPIN Returns to Broadway-Flashback to the 1970s 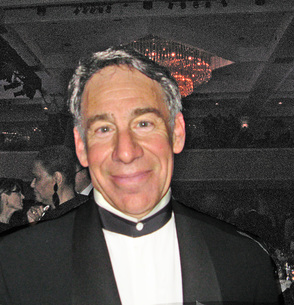 Stephen Schwartz’s sensational musical PIPPIN--which opens on Broadway tonight, after its original run 40 years ago--is one of my most favorite Broadway shows.

I was introduced to PIPPIN in 1973. A friend had bought the original LP cast album for summer listening. After the first listening, our group of friends was so mesmerized by its music and lyrics that every evening during the summer of ‘73, we dropped the needle on Side 1, entered Stephen Schwartz’s magical world and sang every syllable of every song together. I was lucky to have seen the show three times--twice during that summer.

Fast forward to 2002, with the opportunity to collaborate with Australian soprano Lesley Pryde on the wonderful album Out & About, which we recorded at Cove City Sound Studios in Glen Cove, NY.

Stephen Schwartz’s warm and quietly passionate “With You” from PIPPIN has a special place on Out and About alongside beautiful and uniquely theatrical songs by American composers William Bolcom, Cole Porter, Lee Hoiby, Richard Hundley and Australian Percy Grainger.

PIPPIN and its magic never left me. It continues to have “Magic to Do.” Thank you, Stephen Schwartz. Congratulations!